Immigrating to any country you’re not familiar with can be overwhelming and daunting. You probably have a million thoughts running through your head: where do I land, which city should I live in, should Irent or buy, what’s the job market like, what are the schools like…so many important questions to answer!

Let’s take a step back and look at the big picture. When my husband and I knew that we were moving to Canada, we chose Toronto, Ontario as our destination, taking several factors into consideration:

But those weren’t the only reasons:Toronto is a cosmopolitan and multicultural city, making it a bustling hub of activity.It’s also closer to the East coast, which puts it on the map.

Now that we zoned in on the Toronto area, the next big question was where do we live? Do we buy or rent? And the biggest puzzle of them all, how do I settle into a house if I don’t know where I’m going to work yet?

Overall, Ontario has a strong job market. While some jobs, such as administrative roles, are likely to be found wherever you go, it’s a good idea to search job postings in the cities you’re considering to see what kind of positions are available in your field. We looked at the industries that we work in and determined that the biggest employers are located in Toronto and Mississauga. For us, our chances for employment were likely to be one of those cities.

Toronto is the centerof the Greater Toronto Area, with surrounding communities of East Toronto (Scarborough, Ajax), North Toronto (Richmond Hill, North York), and West Toronto (Mississauga, Oakville, Burlington).Lifestyle-wise, the suburbs were a good option for us.

How We Decided on Oakville

We started looking West of Toronto, between Etobicoke, Mississauga, Oakville, Burlington, and Milton. Visiting different areas and speaking to so many people gave us a fresh perspective on our surroundings. Everyone has something to say, and we listened. We chose Oakville according to our lifestyle and what we were looking for.

When we first moved here, our two young kids were ages 19 months and almost 5 years. Our goal for them and for us was to settle as quickly as possible, make it feel like home, and to not have to move schools in a year or two down the line. This is why we decided to settle into a house from the very beginning, even though we did not have jobs yet. We compromised on space for a modern renovated house, as we wanted to start our journey on a fresh and positive note.

We considered both the distance of the GO Train to downtown Toronto and a car ride,and came to the conclusion that a 26-minute train ride from Union Station to Oakville or a 45-minute drive was a reasonable commute that we were willing to gamble on if we did end up working in downtown Toronto. Mississauga would be a much shorter commute if we got jobs there.

Oakville has a diverse, multicultural community—it’s known as the “Big Town”. In 2018, Maclean’s not only ranked Oakville as the best place in Canada to live overall, but the also thebest place for New Canadians, thanks to its diversity and “small-town sense of community”.

As mentioned, Oakville is known as the “Big Town” which has become very appealing to new immigrants.All areas are safe to consider “good areas,” which gives you peace of mind for your family’s safety and wellbeing. With very low crime and a strong sense of community, 93% of Oakville residents report being satisfied with their sense of belonging and being safe, exceeding the town’s target of 85%.

If you have kids, the local schools are probably going to be a big factor in your decision. For example,Mississauga has some of the best schools, but it’s a big city. Once you get to know which schools and neighbourhoods aregood, it becomesexpensive to live in. Fortunately, there are no “bad areas” in Oakville, and the schools are generally good. Firstly though, you should decide on whether you want an “English” or “French Immersion” School, as this will help minimize your options when looking at school districts.

You can also check out the Fraser Institute’s school rankings, but take this information with a grain of salt.These ratings are only based on standardized test results of grade 3 and 6 students across Ontario, so they leave out many important non-academic factors.

When considering schools, we wanted a community, not just an academic school. We wanted aplace our kids could integrate into the community—social intelligence matters just as much as grades.

If you have the opportunity, it can also be helpful to talk to other parents who have children enrolled in local schools to hear their personal opinions and experiences.

This is our personal experience and what we were looking for in a place to settle in. If you’re considering moving to Canada, it’s a good idea to assess your lifestyle and priorities, whether that includes commute time, proximity to big cities, or a suitable place to raise a family. We’re happy to have made our home in Oakville, but it’s a personal choice and there’s no one-size-fits-all answer! 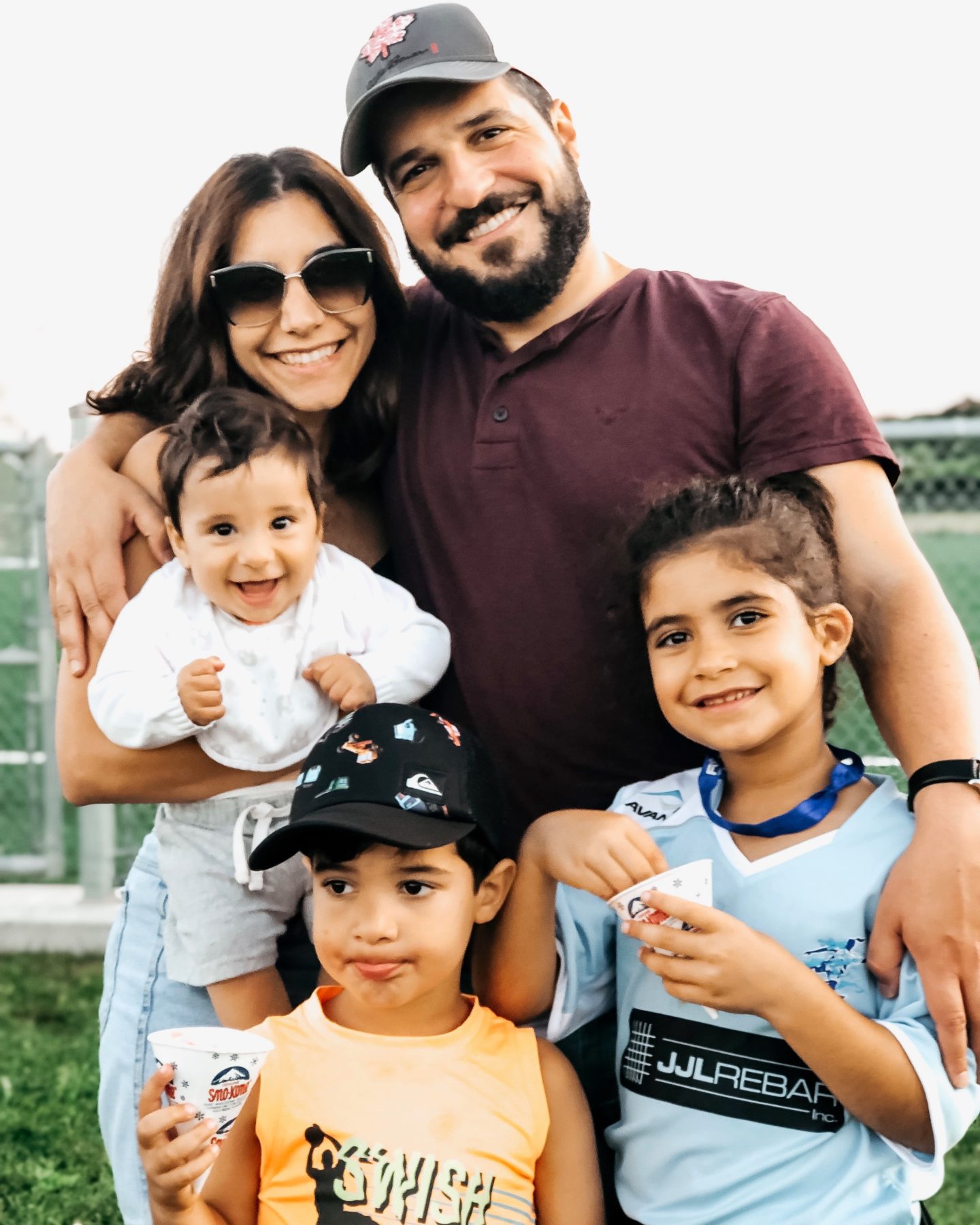 Hey, I’m Reem and this is my family. We left our careers, family and friends, in search of a new home for our little tribe. We moved to Canada in 2016, bought a house, got jobs, survived our first winter, had a third baby and found our village… Let’s just say, it’s been quite an eventful few years, but it’s been good! 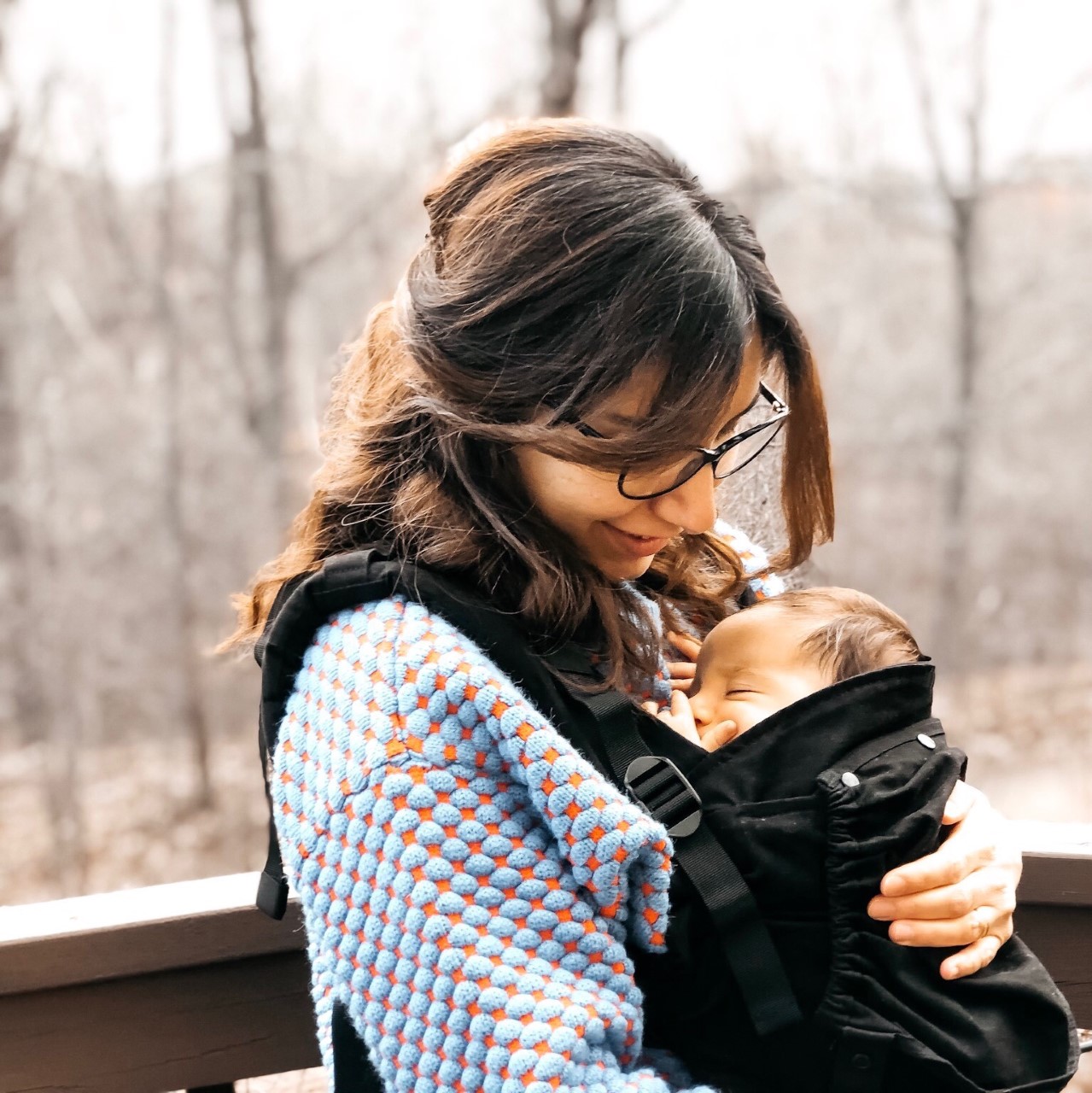